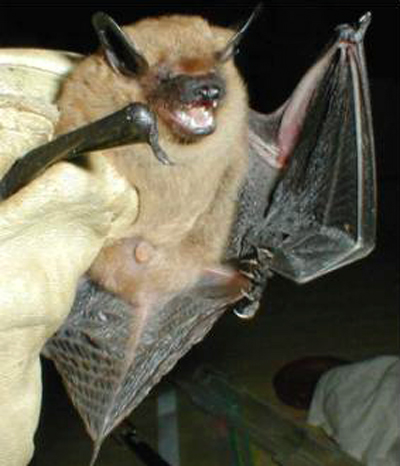 In cultures all over the world, these peculiar qualities have captured the imagination of storytellers and their audiences, who have attributed mysterious, supernatural qualities to the animals. Unfortunately, these tales have given bats a notorious, sinister reputation, while in actuality, most bat species are harmless. In this article, we’ll sort out the facts from the myths and see how bats do the amazing things they do. We’ll also look at the many ways in which bats help humans and find out what could happen if these animals aren’t preserved.

There are more than 1,000 bat species in the world, making them one of the most prevalent orders of mammals. In fact, more than a quarter of the total number of mammal species are species of bat.

These bats, which are found primarily in Africa, Asia and Australia, are characterized by a long muzzle. Most megachiroptera species are vegetarians, feeding on fruit and pollen.

These bats are generally smaller than megachiroptera bats, and most have pushed-in snouts, like a pug-nosed dog. These bats, which are found all around the world, are typically carnivores. Most feed primarily on insects.

Bats are long-lived mammals, the current record for being a banded little brown bat from a mine in eastern Ontario that survived more than 35 years. Bats vary considerably in size and appearance. The smallest bat, the bumble-bee bat, has a wingspan of about 6 inches (15 cm), while the largest bat, the Malayan flying fox, can have a wingspan as wide as 6 feet (1.8 m). Apart from their leathery wings, megachiroptera bats look a lot like other mammals, with large eyes, small ears and extended snouts. Most microchiroptera species, on the other hand, have a completely unique facial appearance, with wide, extended ears and peculiarly shaped nostrils. These odd features help the bats get around in the dark, as we’ll see later.